I remember the point when I switched from hopeful to “that’s it.”

The clock was ticking away when my hometown Seattle Seahawks finally got a breakthrough touchdown after being scoreless the entire first half.  Hope would rise then fall with each possession, crushed after an interception with five minutes left.  When the clock hit 4:53 I remember my brain switching to “That’s it. It’s over. We won’t be going to the Super Bowl.” I succumbed to defeat. For weeks I had been hopeful. There was no way now they could break through with only minutes left. Our entire family slumped silently in their chairs, past the point of believing anymore. It was over.

And then it happened.

The impossible happened after 56 minutes of bad breaks and dropped balls and interceptions and failed passes. In less than four minutes, everything changed. Russell Wilson’s one-yard run into the end zone.  An onside kick recovery by Chris Matthews. Marshawn Lynch’s 24 yard ramble into the end zone.  Luke Wilson’s lunge for a 2 point conversion. The clock that earlier seemed to tick away the death of a championship took a pendulum swing.  A 16- point halftime deficit was now a 22-19 lead with less than a minute left. The Green Bay Packers 48 yard field goal sent them into overtime and our family and every other Seahawk fan into anticipatory mayhem.

In their first OT possession, my hometown favorite, Jermaine Kerse, caught the impossible 35 yard pass up the middle to win the game. I screamed. We all screamed. We jumped, we hugged, we high fived. My Floridian born son ran into the Utah snow to make victory snow angels.

When it was over, Russell Wilson, who earlier had not been the quarterback he had been the past games leading to the NFC championship, was in tears in the immediate post game interview. Fox News analyst Erin Andrews asked him, “What are you thinking at this time?” His first response:

When we had all been on the edge of our seats, of our nerves, those last minutes, this leader never stopped believing.

And we continue to revel in the highlights, to play them over and over in our minds, this crazy victory that lifts our spirits and encourages us to keep believing against all odds.

To trust in those around us, to build a team that will believe and support you and back you and play their part at the right time even when the situation looks impossible.

To keep our head on, to lean into it and push forward, like Marshawn Lynch, even when life bulldozes us and people pile on us and hang on us and make demands and we feel we can’t take another step.

To stay patient, even when we have dropped the ball many times in key situations, like my Lakes High School alma mater alum Jermaine Kearse, who after multiple missed opportunities caught the game winning pass in overtime. 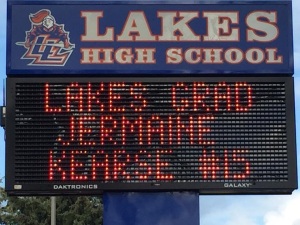 To see the emotion, the brokenness of these 250+ lb grown men after such a comeback victory was at once humbling and powerful, as well as the hurt and pain of the Packers, whose victory was within reach, the tension of victory and defeat a thin line drawn between them.

After all of it, kneeling on the field with the team in prayer, the response of the quarterback who led them through a grueling mano a mano match those last minutes, Russell Wilson,

“God is good all the time…….he prepared us for this….

In this season of resolutions and hope in a new year, it is timely to witness a victory like this.

One that keeps you on the edge when minutes are ticking away, when every moment counts. when every move and every play is crucial

and every effort, whether successful or not, is thrown out there.

and fear will not hold you from the prospect of the latter.

For the fight is worth it all, to take hold of a moment that did not seem possible only seconds earlier

pushing through failed efforts, disappointment, pain, negative odds to be a part of something bigger than you ever dreamed. 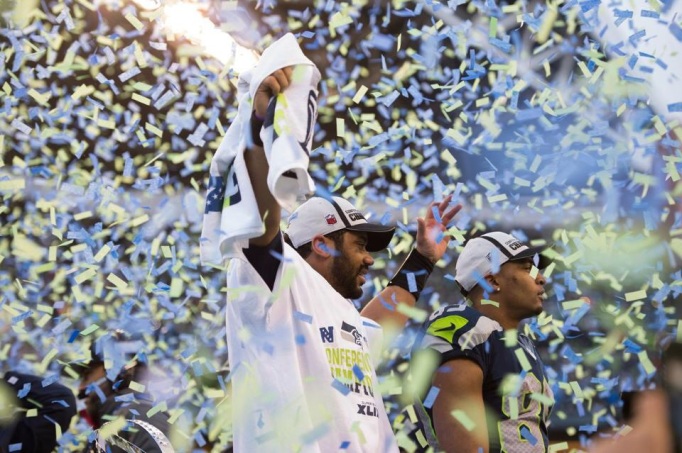